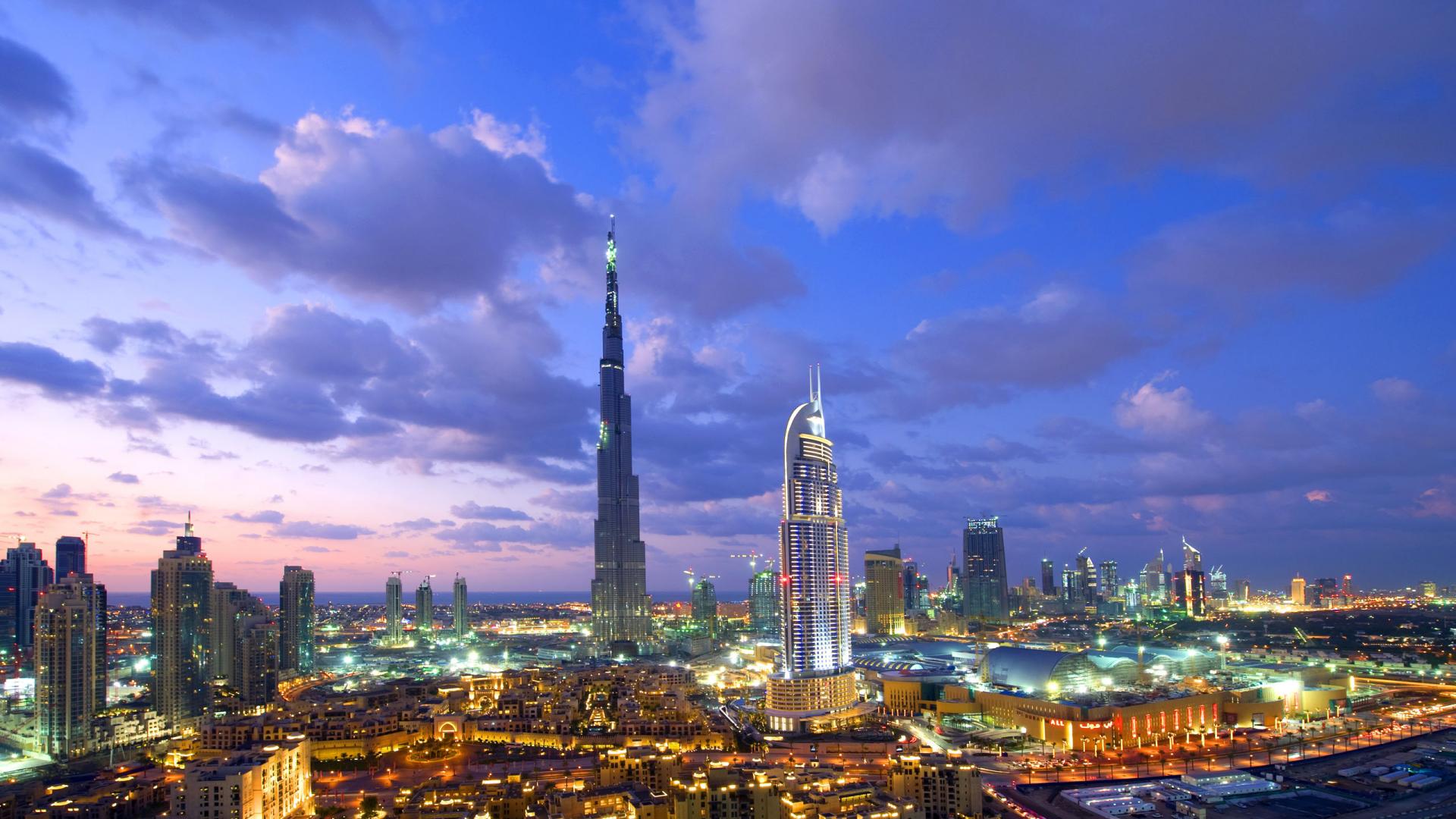 Dubai or Dubayy (in Arabic) is second largest of the seven emirates that make up the United Arab Emirates (UAE) on the Arabian Peninsula. Dubai is located on the southern shore of the Arabian Gulf. Dubai city is a bustling metropolis, while outside the city itself the Emirate is sparsely inhabited and characterized by desert vegetation. The ruler of Dubai is HH Sheikh Maktoum Bin Rashid Al Maktoum who is also the Prime Minister of the federation of UAE. The crown prince is HH Sheikh Mohammed Bin Rashid Al Maktoum. The official language is Arabic, Arabic and English are commonly used in business and commerce. Hindi and Urdu are also widely used. Dubai is really two Cities, Dubai and Deira. Divided by the Creek, they are a paradise for sightseeing and both have their unique characters. You will be amazed at the diversity of architecture and cultures to be found here, ranging from traditional Arab houses to magnificent modern towers of steel and glass. The Creek is the main artery of Dubai, winding inland from the Gulf for about six miles. On its clear waters you will see traditional teak trading dhows plying their trade across the Gulf, heading as far as India. At night, the waterfront is a hive of activity, as Abras, the local water taxis, crisscrosses the Creek carrying people to their chosen restaurant or attraction for the evening.

Top Must See Places In Dubai

Currently the tallest building in the world. The iconic Burj Khalifa stands tall at a height of 829.8 meters. located in Downtown Dubai, UAE Burj Khalifa represents a union of art, engineering and heritage.

The Residences at Burj Khalifa, one of the most-prestigious addresses, with more than 900 residences including studios, single, double, triple and four bedroom suites, State-of-the-art fitness facilities, indoor/outdoor swimming pools, Jacuzzis, recreation room for gatherings and events, are all available on exclusive Sky Lobbies on levels 43, 76 and 123. Among the other amenities are, a resident’s library, a cigar club, Burj Khalifa Gourmet Market, a gourmet convenience store, meeting place for residents, and valet parking for guests and visitors. 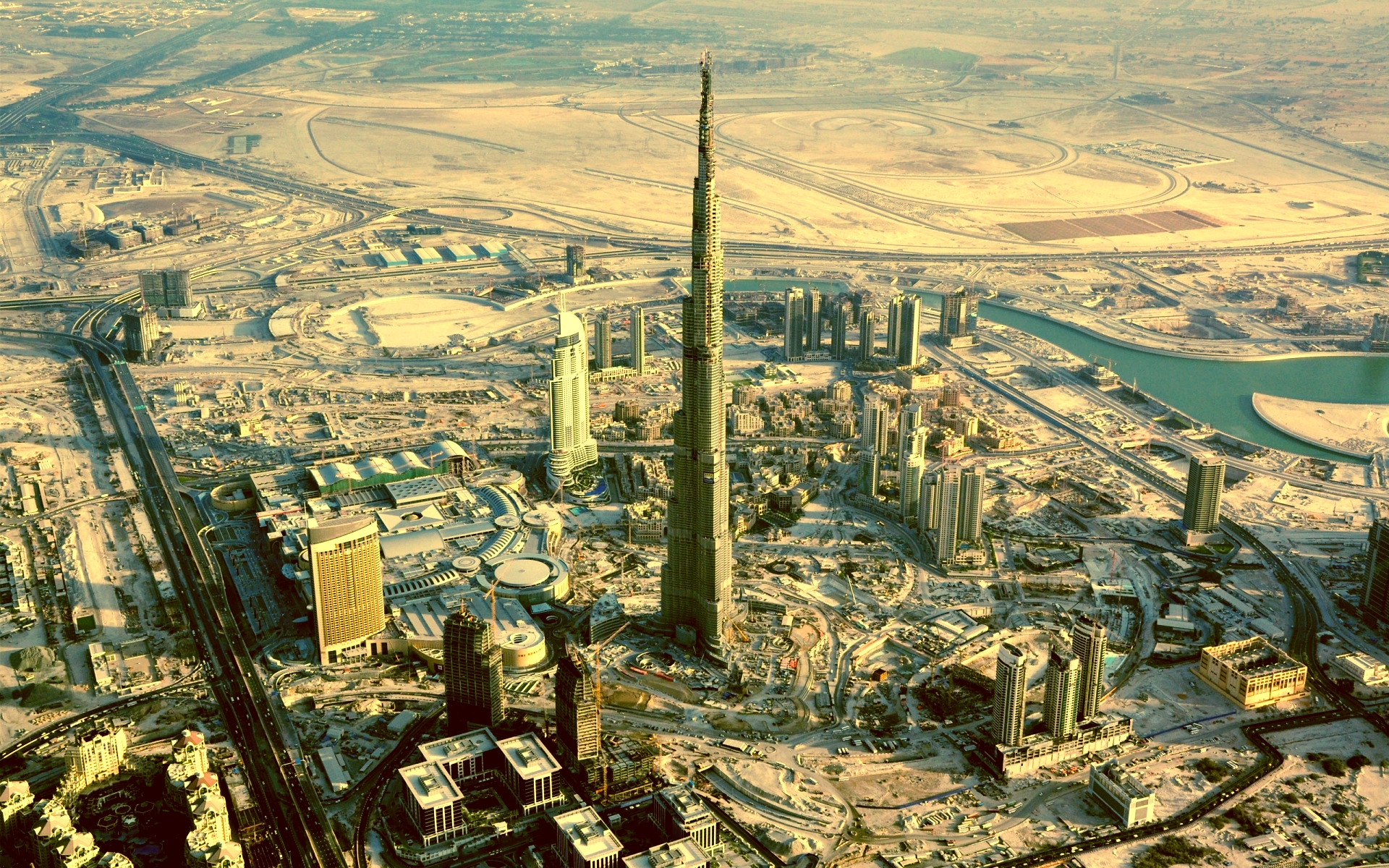 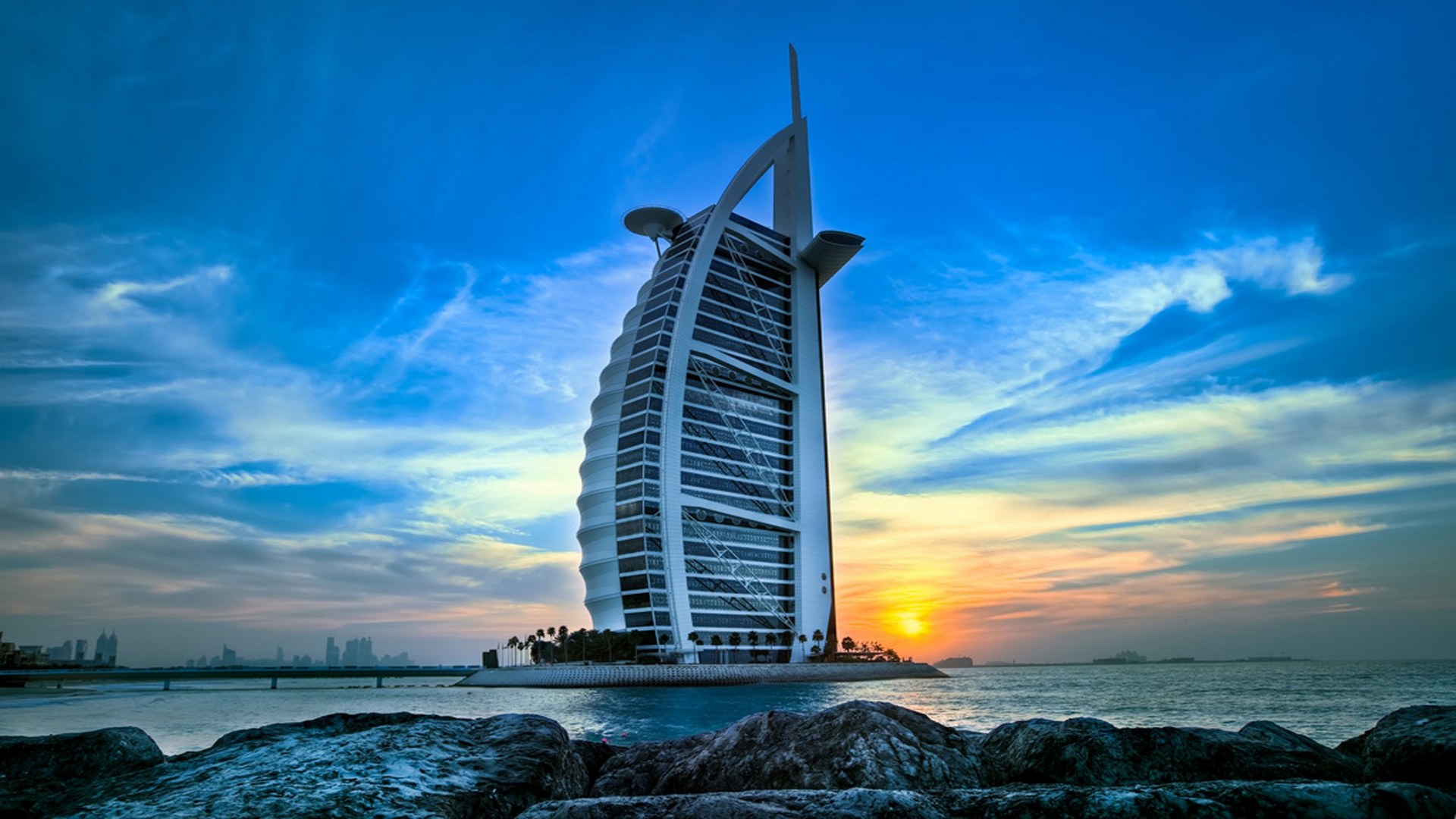 Dubai’s most beautiful mosque and one of only a handful in the UAE that are open to non-Muslims to visit, including women and children. Building is based on the Islamic Fatimid style is said that it is the most photographed mosque in all of Dubai.

Exterior of mosque can be visited, viewed and photographed at pretty much any time, day or night.

There are guided tours, specifically for tourists, where they can see the praying and washing areas, together with the beautiful inside of the Jumeirah Mosque. The Jumeirah Mosque is open every weekdays and Saturday. 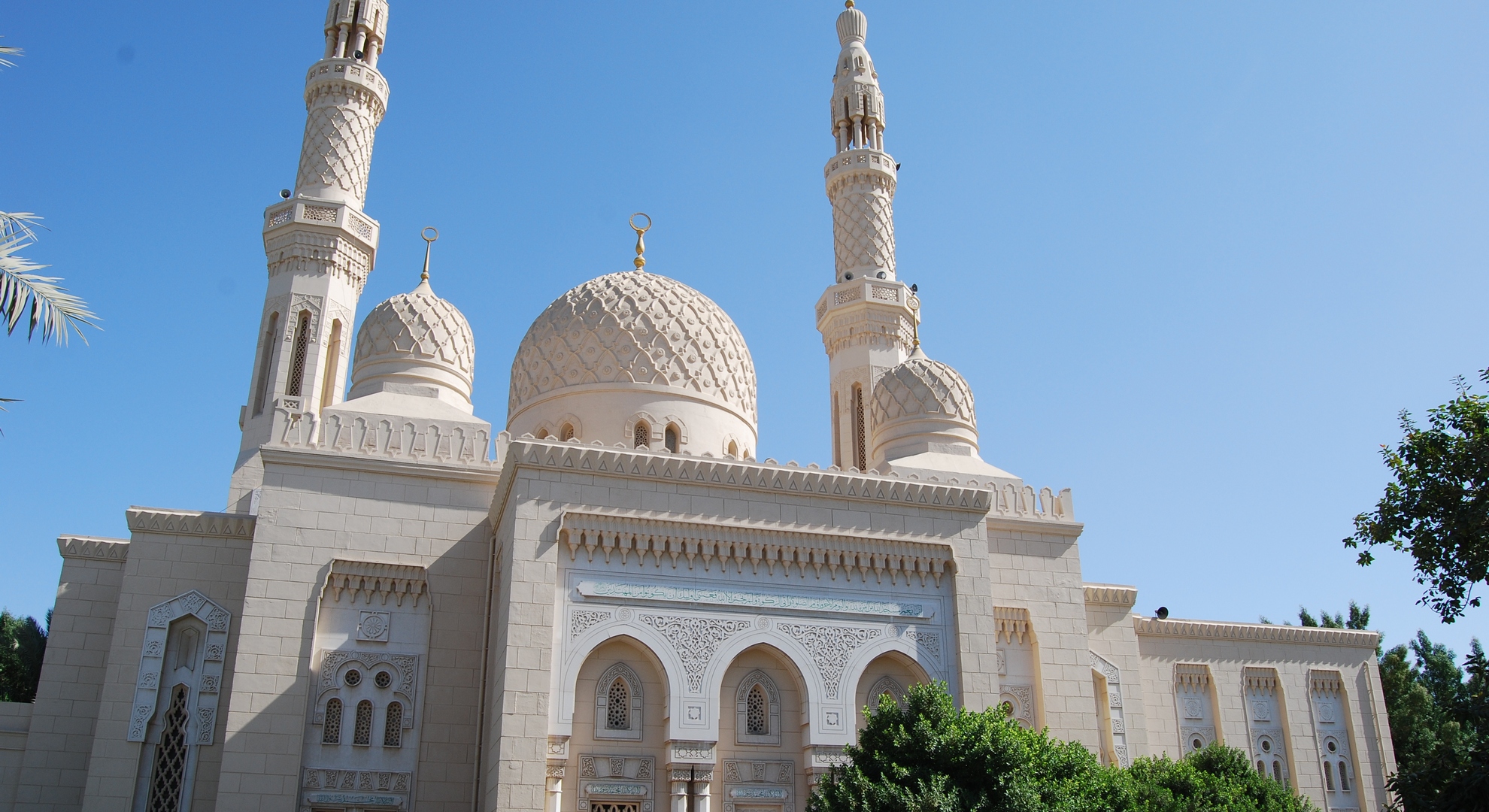 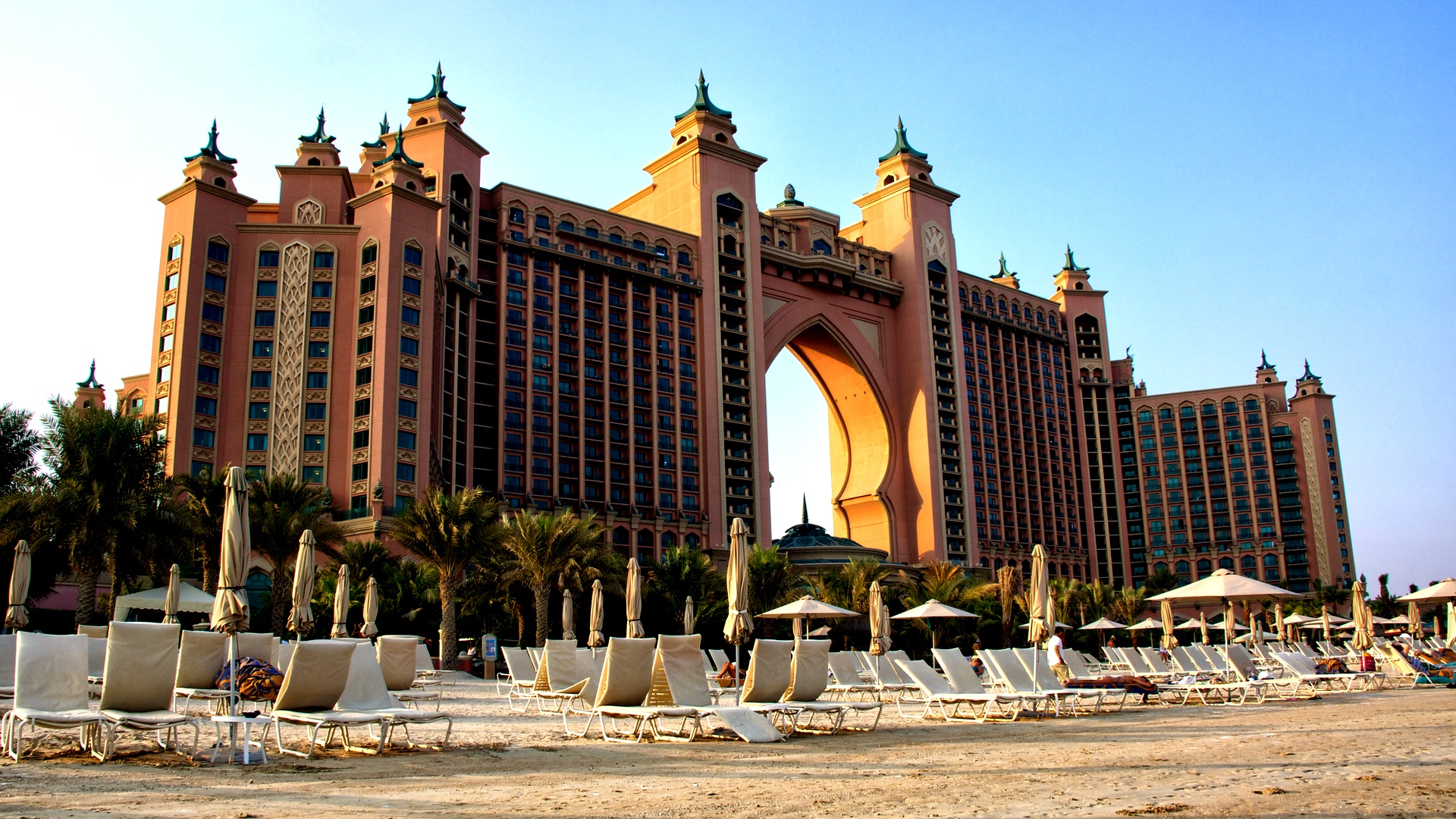 Atlantis The Palm is an iconic destination resort located on The Palm Island. The hotel is designed based on the theme of myth of the lost kingdom of Atlantis with distinct Arabian elements. 1500 rooms are divided into two accommodation wings known as Royal Towers, East Tower and West Tower both are linked together by the Royal Bridge Suite. Hotel also have a Dolphin Bay, Adventure Water park, Ambassador Lagoon and the Lost Chambers.

The Dubai Mall – located at the foot of the iconic Burj Khalifa is the region’s premier shopping, lifestyle and entertainment destination. With more than 1,200 stores and a host of world-class attractions. The Dubai Mall With an impressive array of leisure pursuits is revolutionizing the modern shopping experience. A range of adventure sports vies for attention alongside the romance of ice-skating. The Dubai Mall is a place where outdoor brunch can be followed by the delights of the big screen and where a 21st century gold souk is set off against a world class aquarium. 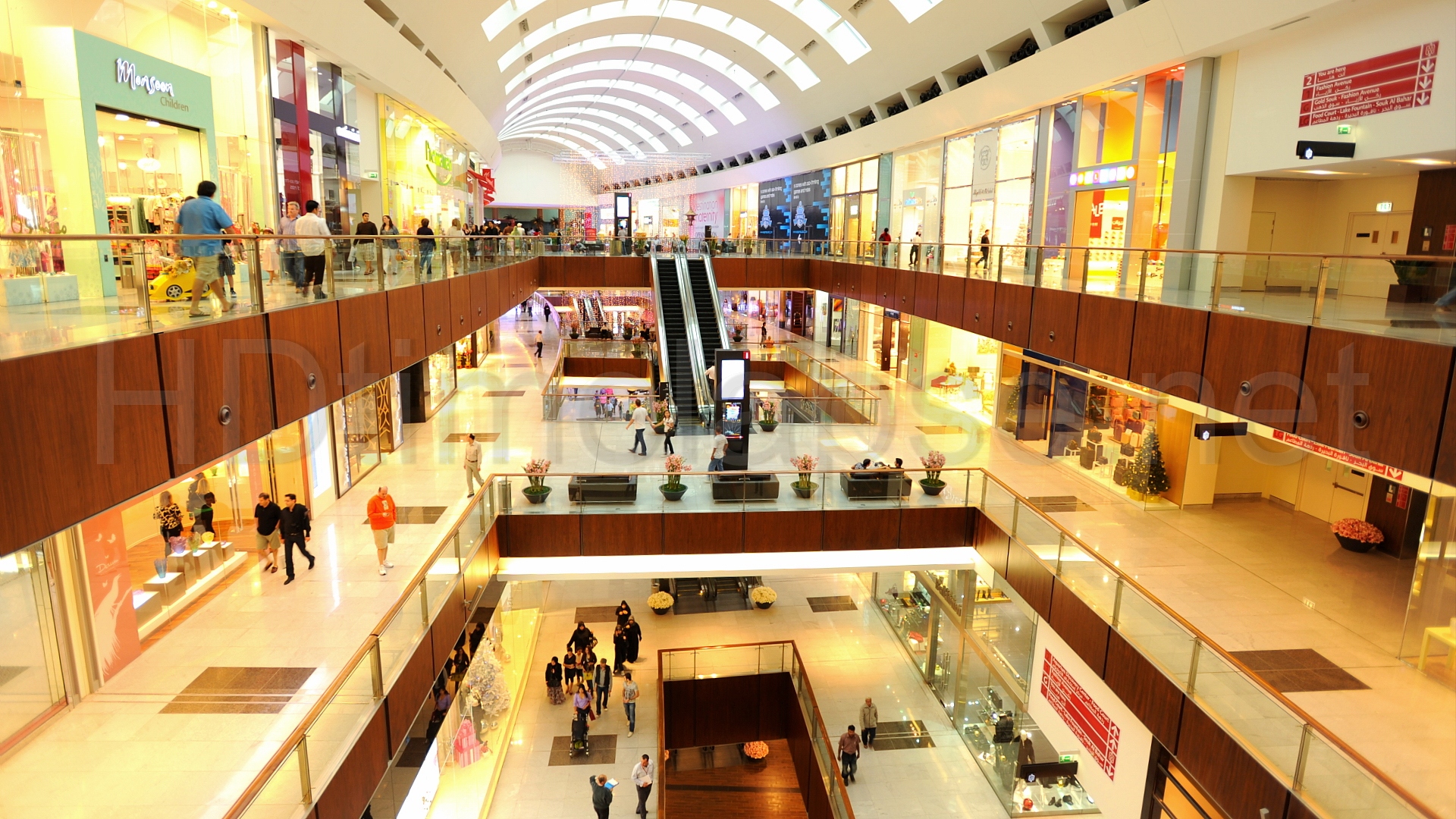 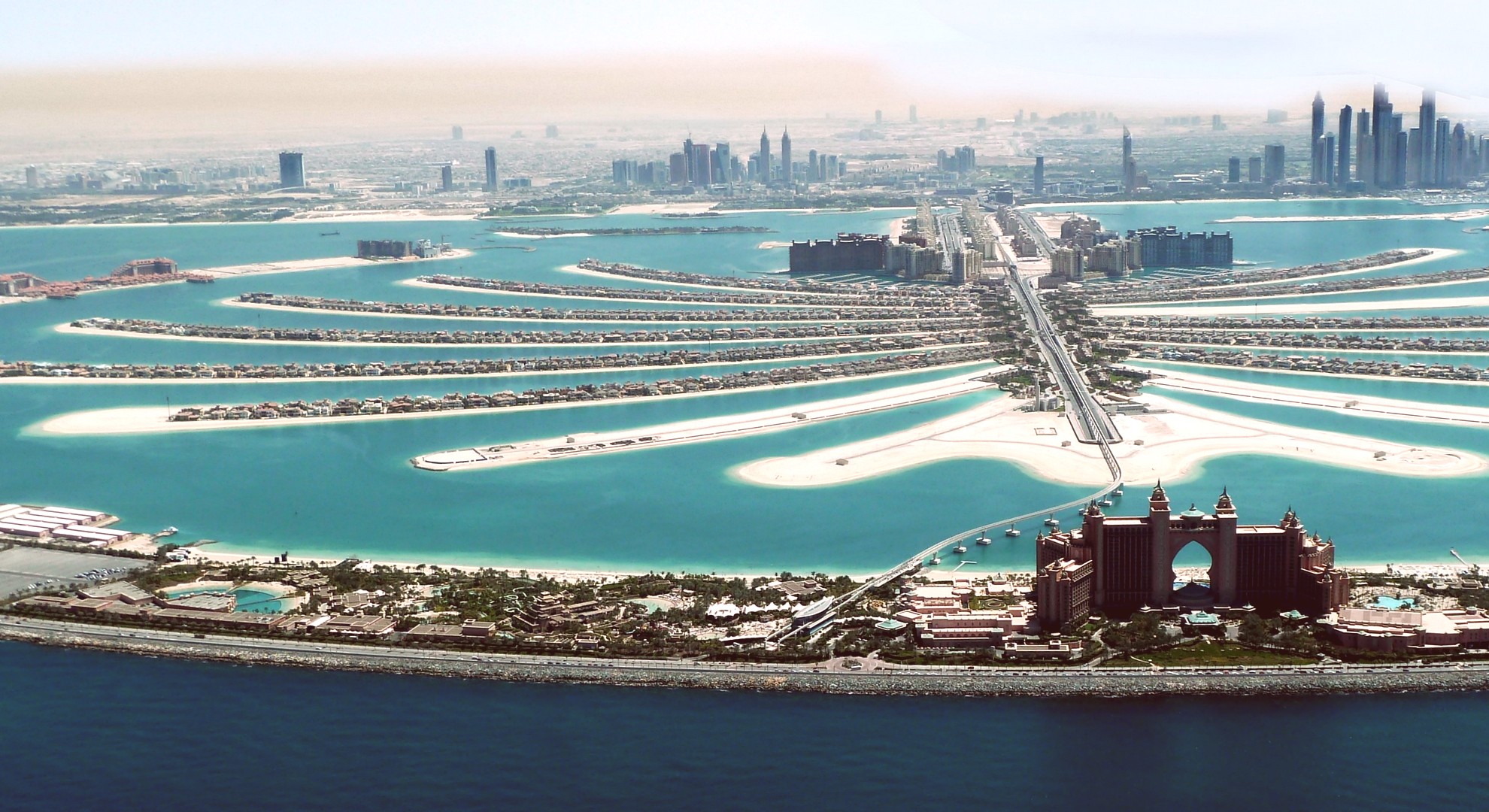 Palm Jumeirah, which looks like a stylised palm tree is a series of artificial archipelagos in the emerald waters of the Arabian Gulf created using land reclamation. Palm Jumeirah Monorail connects the Palm Jumeirah to the mainland.

The Dubai Creek divides greater Dubai into two areas, the Deira side (Northern side most known for its souks  local markets) and the Bur (Old) Dubai side (a heavily residential area with live markets and small shops integrated in residential streets).

The 14 kilometer Creek is actually an inlet of the sea that cuts into the land. This Creek has been very important in Dubais history and its emergence as a top class global city.

Dubais most popular traditional markets, the gold and the spice souk is in the creek area. The Dubai gold souk is famous for jewelry it carries on open display. The spice souks is quite popular for its boxes, sacks and jars of every form of herbs, spices and incense from around the Middle East.

You can explore the creek by taking a tour on dhow a traditional sailing vessel. You will see quite a contrast between the two sides separated by the Creek. 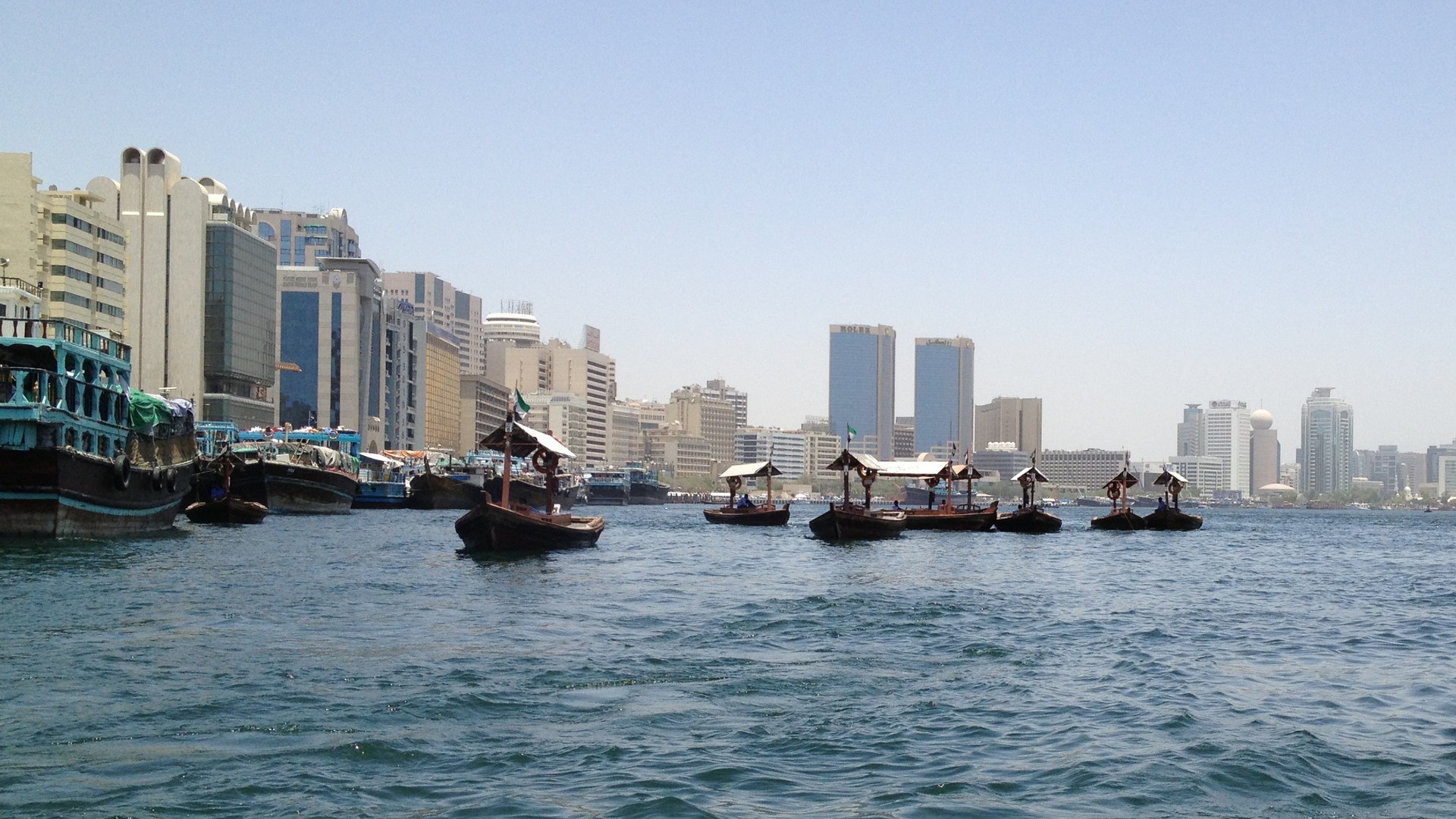 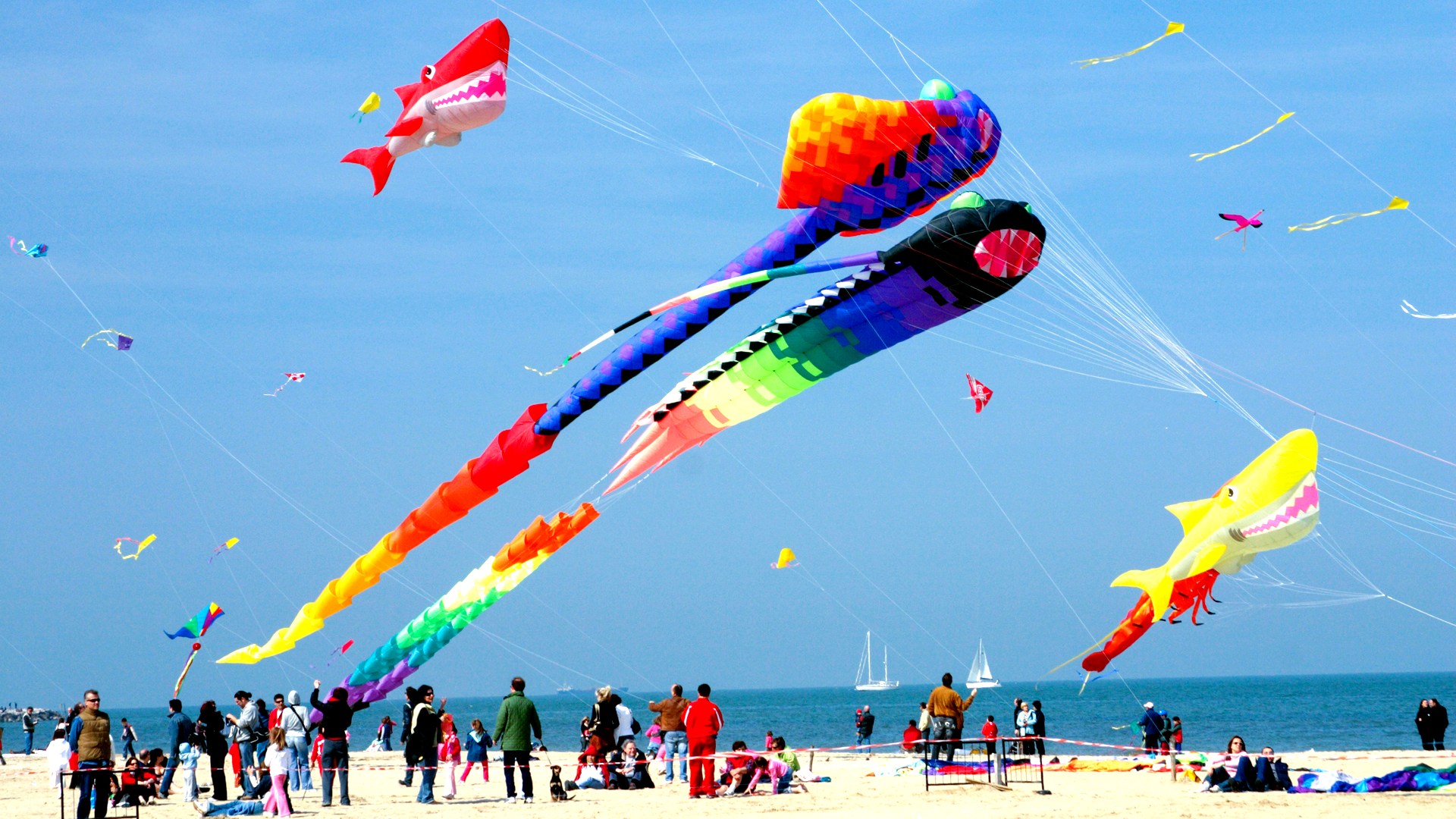 Dubai houses some of the finest beaches in the world. But if you want to do more than just lie in the sun and people watch, then Kite Beach is the perfect destination. Budding adrenaline-junkies can enjoy everything from kitesurfing and paddle-boarding to beach volleyball and windsurfing.

Water sports and adventure activities for the beach lovers and adventure enthusiasts includes paddle boarding, kayaking, body boarding, snorkelling etc apart from kite surfing activities. The beach is so big that you can pick your ideal spot and enjoy some downtime, or head into the fray and make some new friends.

The Walk at Jumeirah Beach Residence is a 1.7 kilometer stretch with retail outlets, coffee shops and cafes, and restaurants. A very pleasant place to stroll along when it is not too hot. 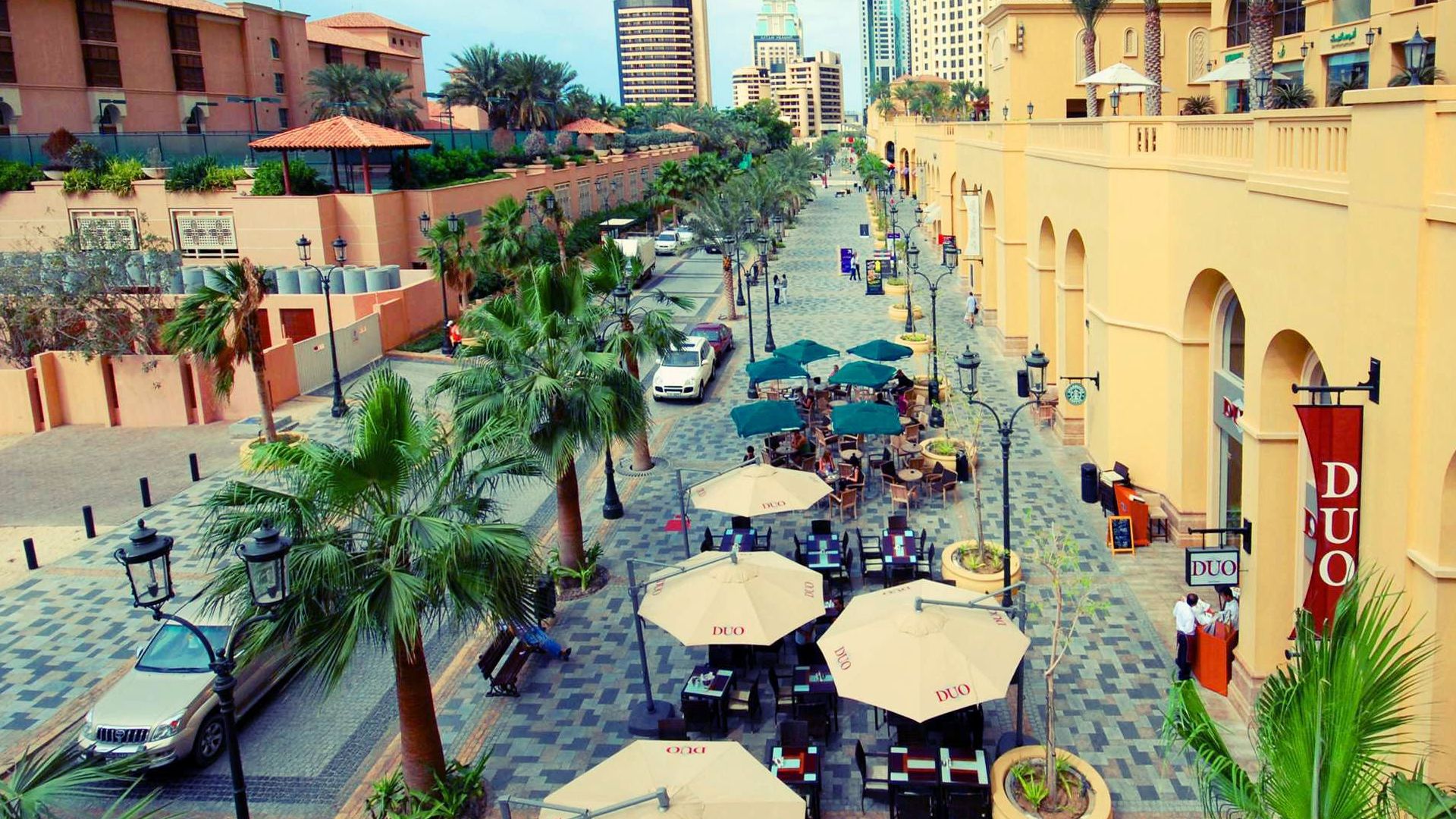 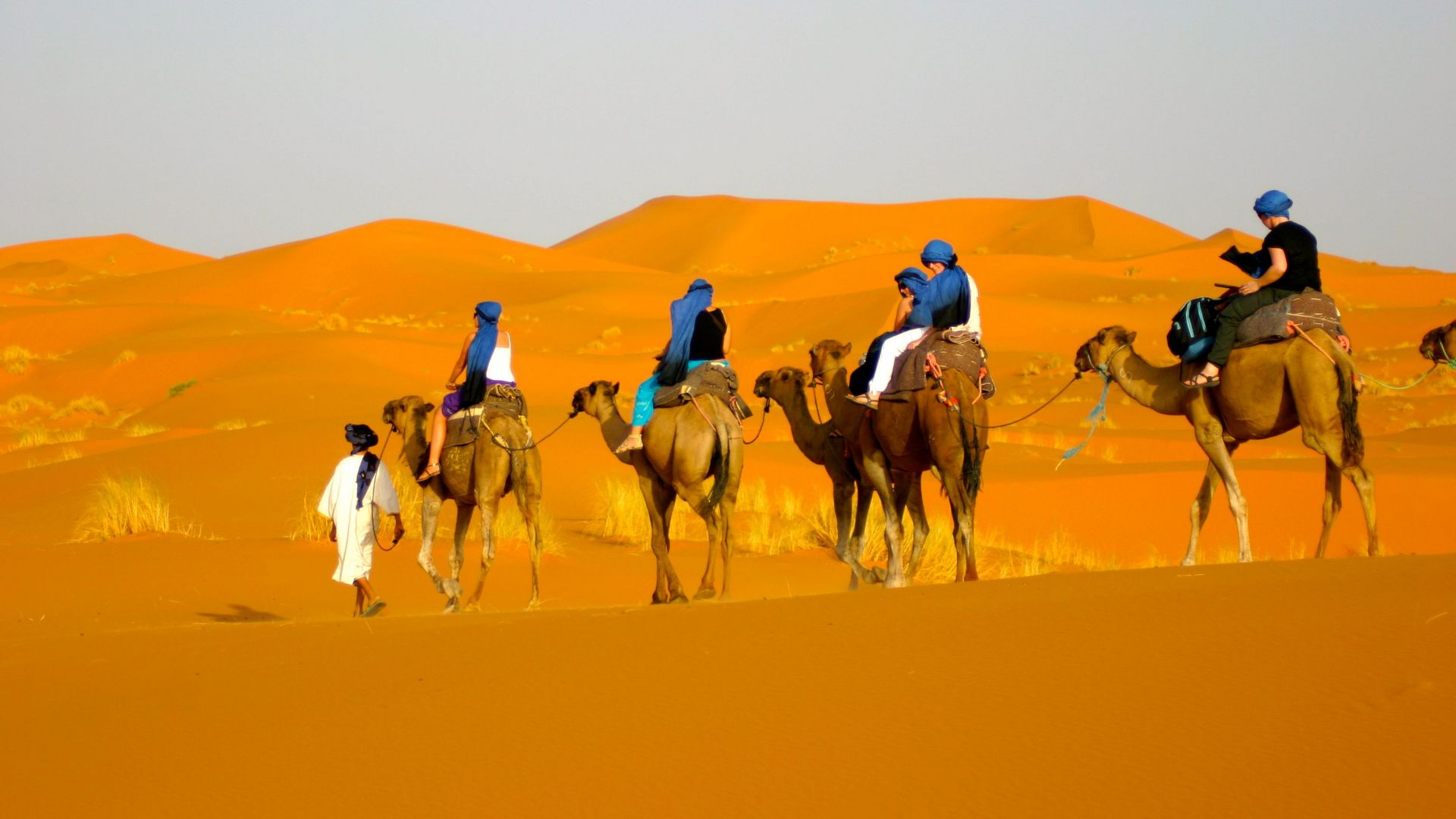